I have been trying to find more uses for my Crock-Pot than the typical pulled meats and my son suggested his signature dish of pho.

Pho broth has to be cooked over a long period of time and when you do it on the stovetop, your liquid evaporates.

Diluting your pho broth is a huge no-no when making pho so this might be the perfect marriage of pho making! 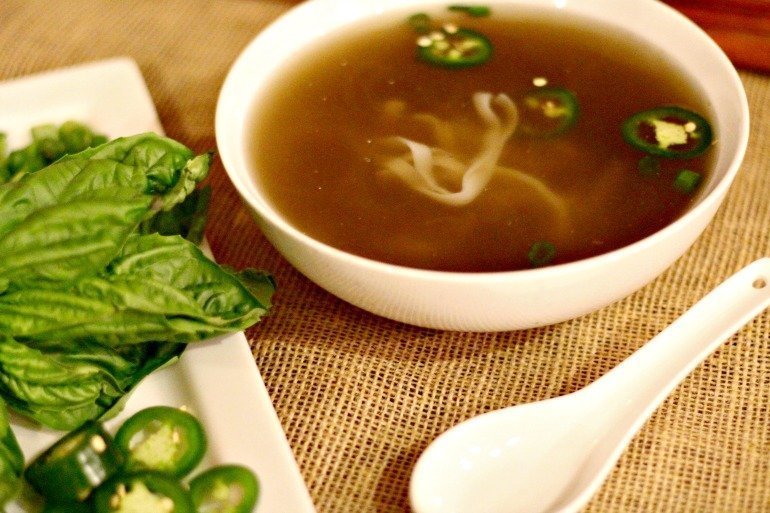 Normally, the slower you cook the ingredients the clearer your broth will be. So far this broth is WAY clearer than the stovetop version AND… there is no cooking slime that needs to be skimmed off the top. SCORE! 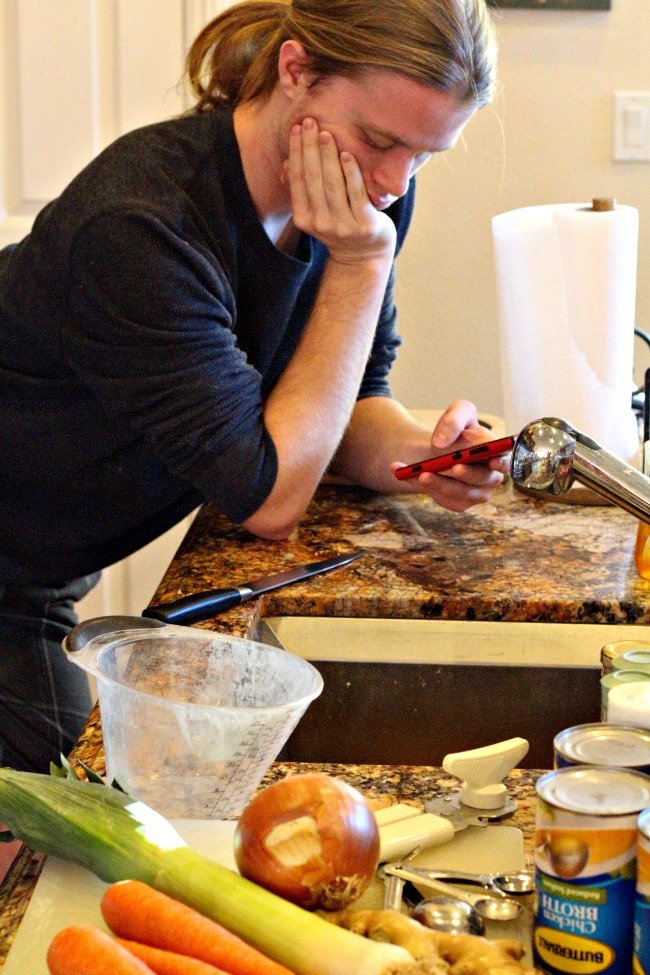 Above is Spencer double-checking his recipe to make sure he has all the ingredients. I asked for a reference site to link back to but he said that he Frankensteined several recipes together to come up with the one below. {And yes, we have had some that he developed that were a little… off.}

We use chicken broth for our pho recipe and do not use the traditional method of cooking beef bones to get the deep rich flavor. With this recipe, you have a complex flavor without the use of beef. 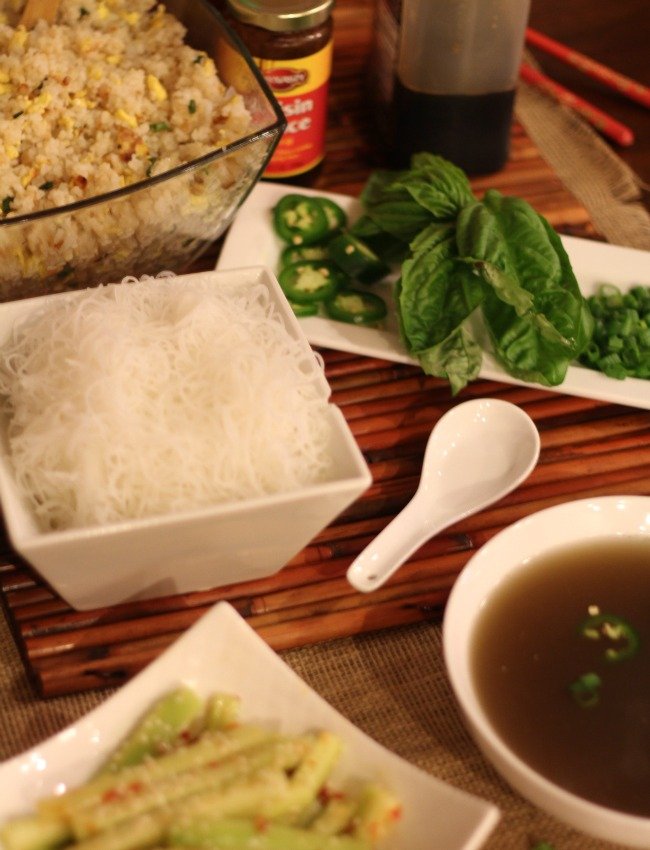 So tonight we are making Vietnamese food {and I few Thai recipes tossed in}! Here is what my family has on the menu for our family game night dinner:

Now, are you ready for some amazing flavors to meld together to bring you pho in your own kitchen?

WARNING: Make sure your slow cooker is big enough to hold the 6 cans of broth AND the vegetables. 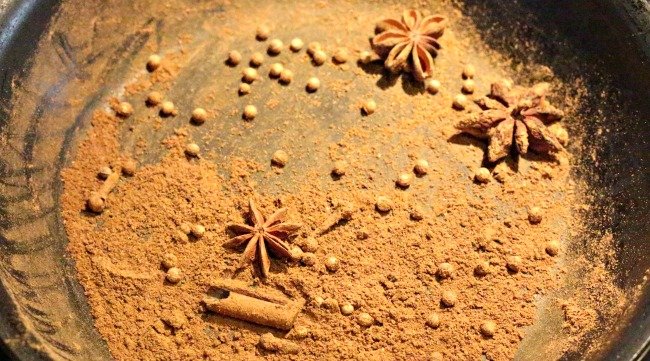 I love the smell of the spices after Spencer toasts them in a pan. What a wonderful combination of not only flavors for the pho but smells too.

We normally strain ours through cheesecloth to help make it more clear but the family was impatient and just wanted to eat {hence the lack of creative photos too}. Each family member likes to place different items in their pho and below are some of the ingredients we use: 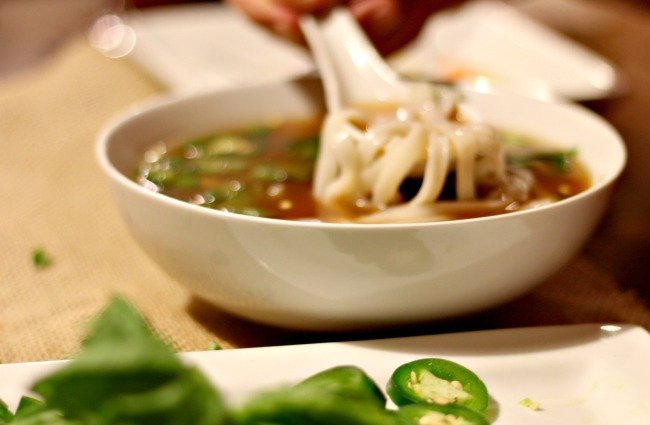 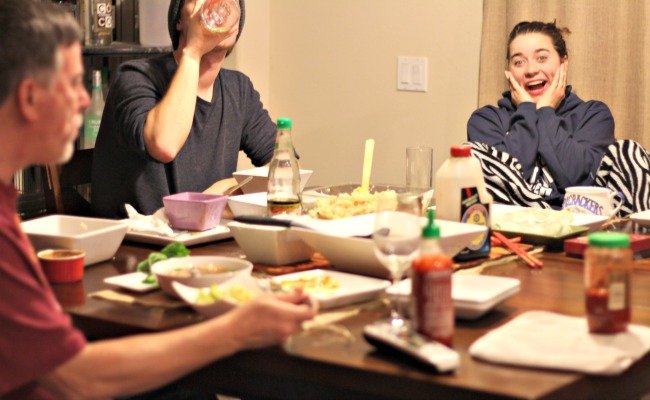 So no photos tonight of Buster {he’s busy chewing on the tree} but I did one of the family as we were at the end of din din.