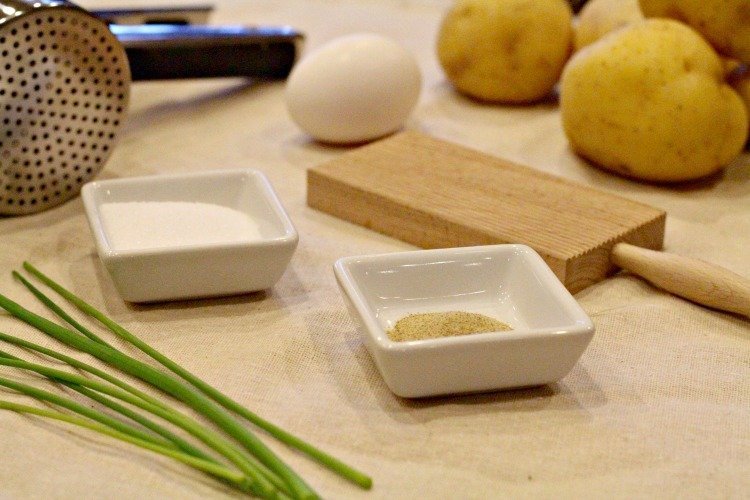 I love when potatoes are on sale as they are so versatile I can do so much with them. When they hit $.10 a pound I stock up and it’s play time in the kitchen… for Bob! Most gnocchi recipes call for russet potatoes but we like to make ours with a sweeter potato… the Yukon Gold.

Don’t be intimated to make potato gnocchi as it is not as hard as it looks! Really… I am the gnocchi cook in the family! 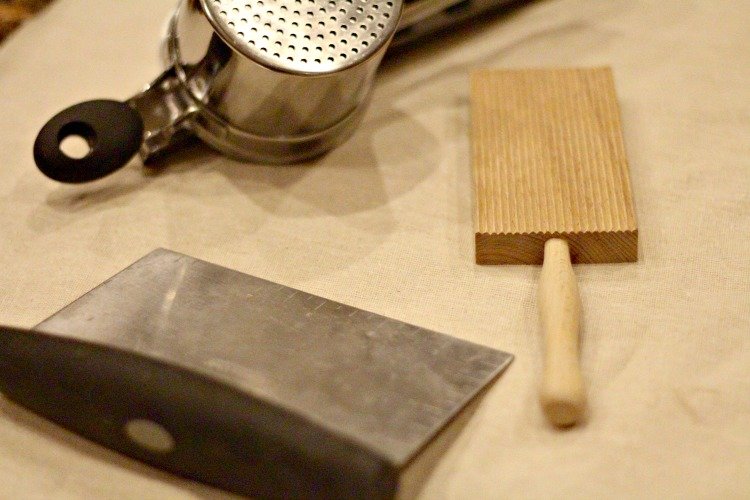 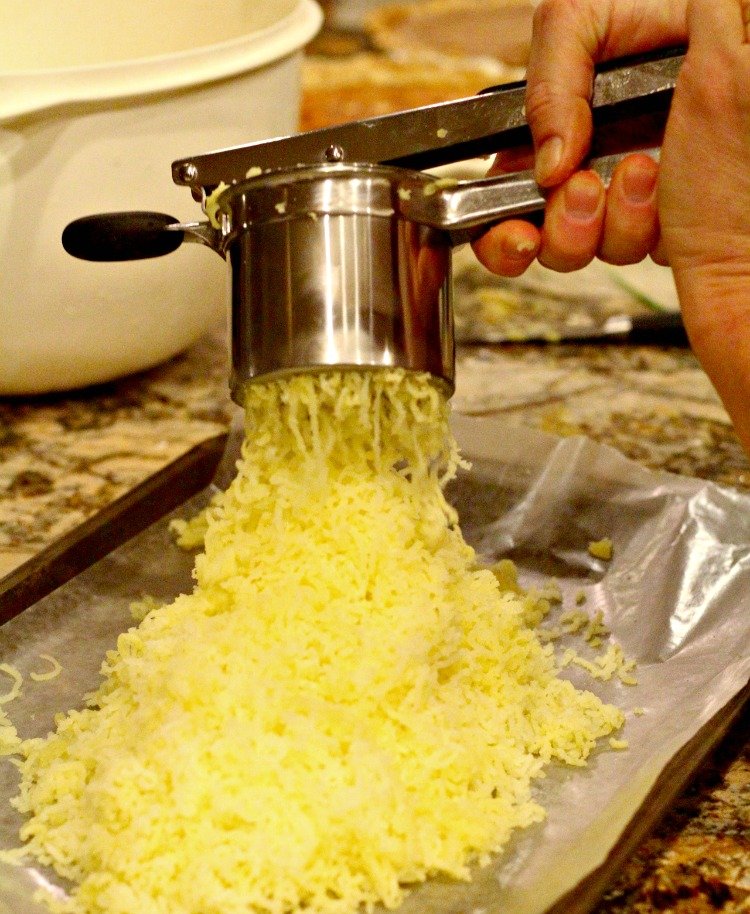 I love playing with my Potato Ricer and any chance to use it, I am all over it! I like to rice my potatoes onto a flat sheet with wax paper so I can easily add it to the refrigerator to chill my potatoes {or in the wine fridge or a cooler of ice – which I have done both!}.

Kitchen Tip: You do not have to peel your potatoes in order to rice them! Just like a garlic press, the peel stays behind. This is great because you want to rice those potatoes as hot as possible.

Some recipes say don’t overwork or your gnocchi will be tough while others don’t say that you need to work it long enough to get the “gluten going” so everything binds. {I have mad some mushy gnocchi before.} I try to work it at least 5 minutes and for my mixture it seems to work well.

And another Kitchen Tip: Use 1 medium-sized potato per person and for each potato you want to use approximately 1/3 cup of flour. 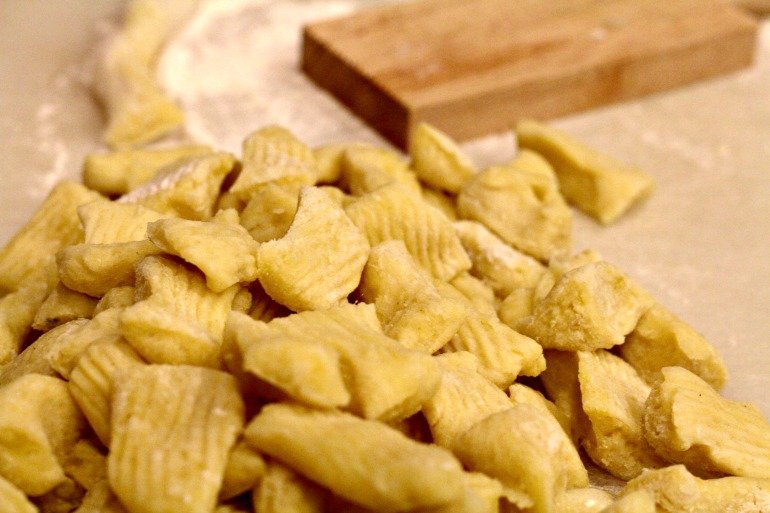 The recipe below comes from the Making Artisan Pasta cookbook, which I am currently reading. What I like about it over the boring potato gnocchi recipes is that is uses chives, which makes the appearance a little different than others.

Instead of boiling my potatoes in water, I prefer to bake them to ensure there isn’t moisture that I don’t want in my dough.