Bob is a rum collector — not sure if he is connoisseur status yet but he does have quite the number of bottles in our bar. So while during our trip to Puerto Rico a rum tour was an absolute must! Of the tours on the island but we decided to go with the oldest, the Bacardi Rum Factory aka Casa Bacardi. 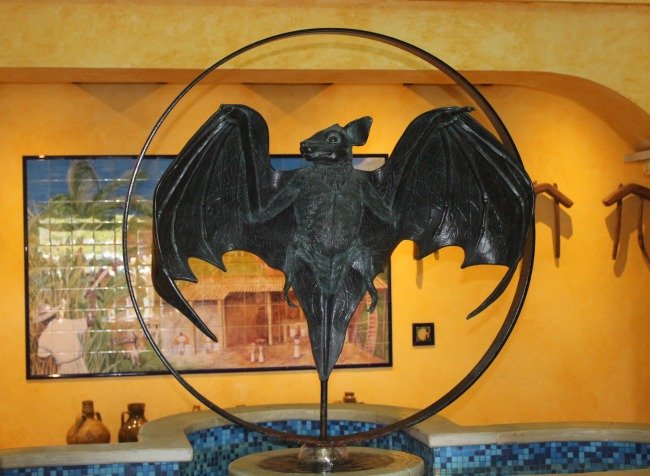 Have you ever looked at a bottle of Bacardi rum and wonder why in the world they used a bat as their brand? Bacardi actually owned their first distillery in Cuba and it was with a structure that was home to fruit bats. And that my friends is the story of the bat! 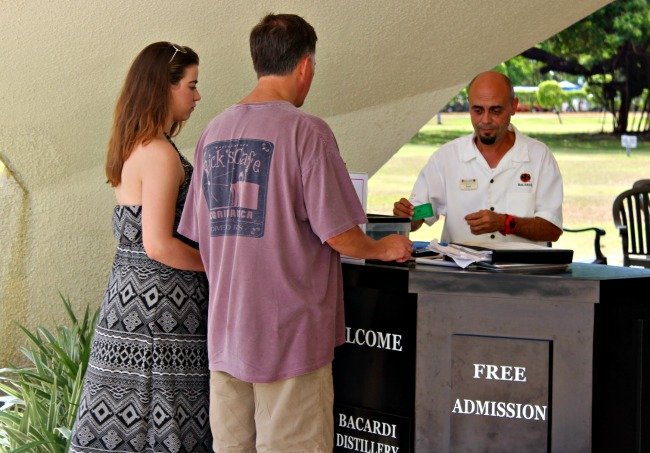 Once you arrive you sign up at the welcome desk for tours, which are spaced out into groups. When we arrived Bob opted to take a later tour so we could sit and enjoy a sample (or two) before we started. The tours start every 20 minutes and with each person who goes on the tour, you will receive 2 drink tickets. 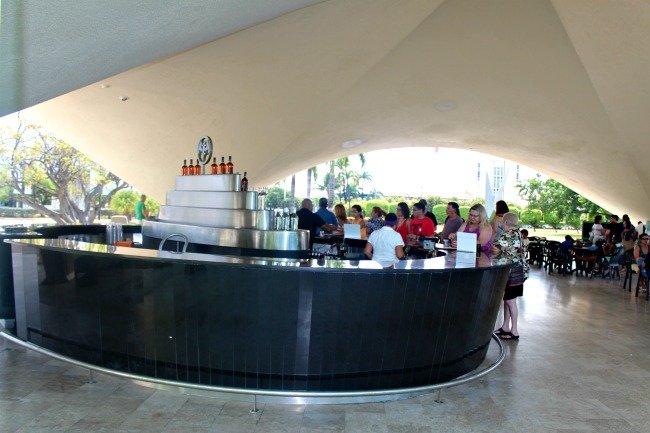 Once you have your tickets there is a bar in the open area where you will get your free drinks. 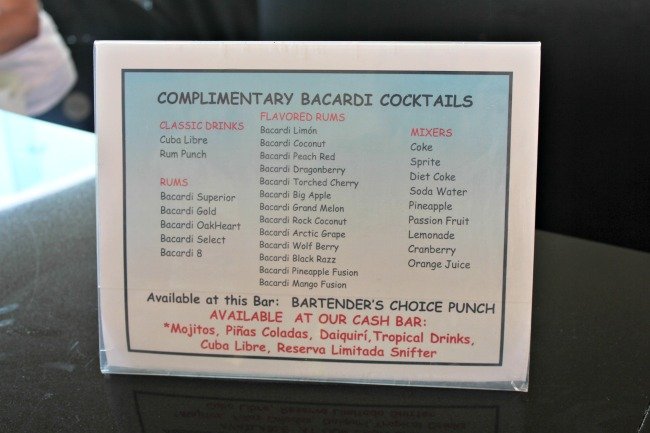 Offerings at the free cocktail bar – so many decisions! I wish I could remember the name of the drink that our server made for us – it was amazing. Yes, I should have taken notes but I was so sure that I would never forget it. NOT! 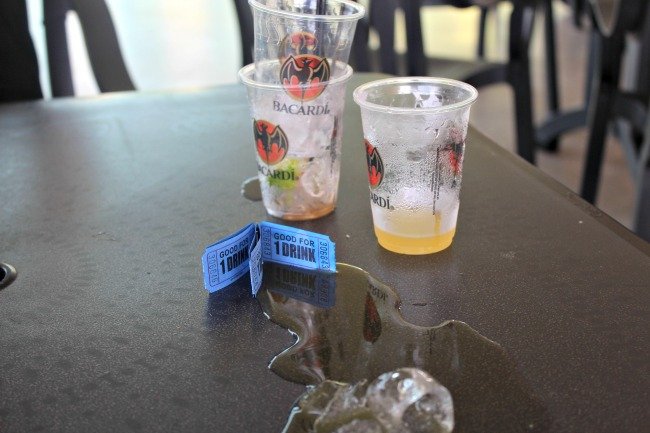 Yikes… man down! The table we chose was a bit rocky and we lost my drink to the table shift. 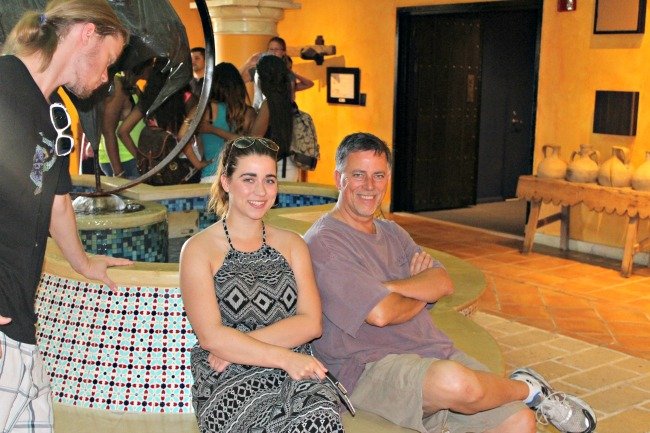 Once the tour started they did not allow us to take photos past the area where the family is sitting as seen above.

Once the tour “actually starts” they will take you to a small there to share the history of the Bacardi family.

During the tour the guide will go through the history of sugar cane in the Caribbean and the origins of rum making. They will take you to a reproduction of the original factory, tell you how the rum was made, and shows how it is stored in burned oak barrels. 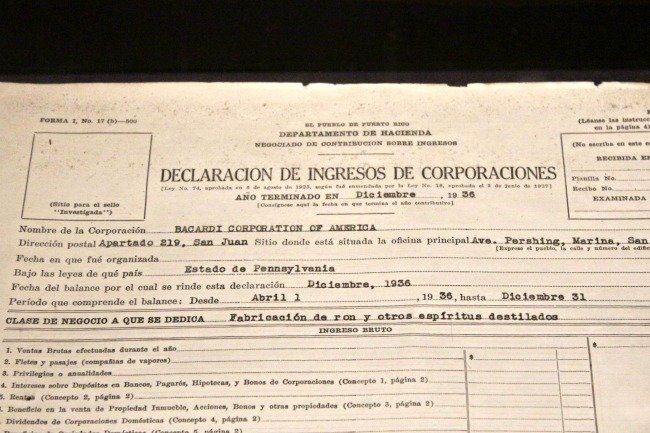 There is a room set up like an office which contains old Bacardi family memorabilia such as pictures, original bottles, and documents. {Note: the document above is not from the room as we were not allowed to take photos in this area.}

My favorite part was the area in the tour smell the types of rums and I really wish I had photos of the little barrels to share with you. 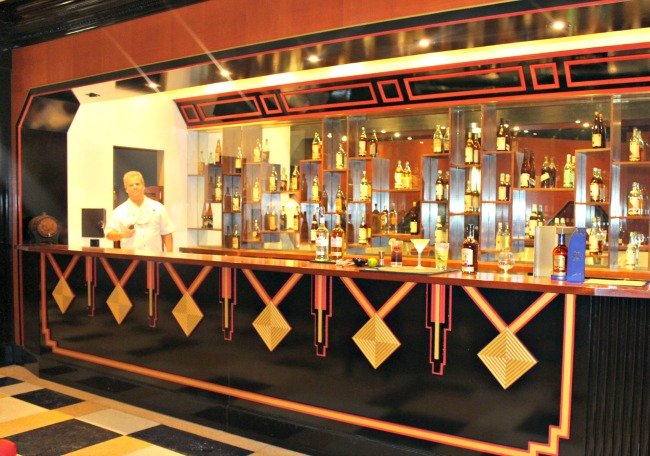 The end of the group tour ended with a Bacardi bartender talking us through the different rums and various drinks. He shared the story of the difference between a Rum and Coke, a Bacardi and Coke, and what is a Cuba Libre.

There was a copyright suit which Bacardi won that stated if a customer asked for a Bacardi and Coke they had to be served a drink made with Bacardi. Difference between a rum and coke and a Cuba Libre? A LIME!

One thing I learned is that a daiquiri that most of us know was created in Cuba and originally was made with run, lime juice, and sugar. That’s right! Not the frozen fruit concoction that we associate with the word daiquiri.

A Happy Ending… Since the kids are both over 18 they were able to enjoy the end of the tour which included free samples of rum since we had tickets left over from when we arrived. 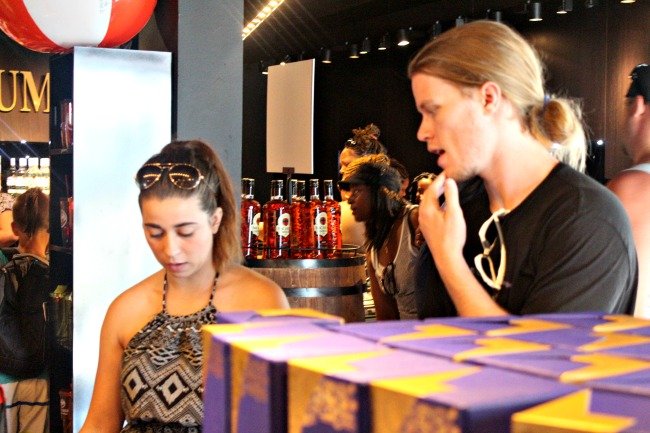 We actually ended our tour in the gift shop where the kids surprised Bob with a late Father’s Day gift of the special edition rum, his name engraved on the bottle, and a personalized certificate of authenticity.

If you go to San Juan and whether you drink or not… the Bacardi Rum Factory is a must.