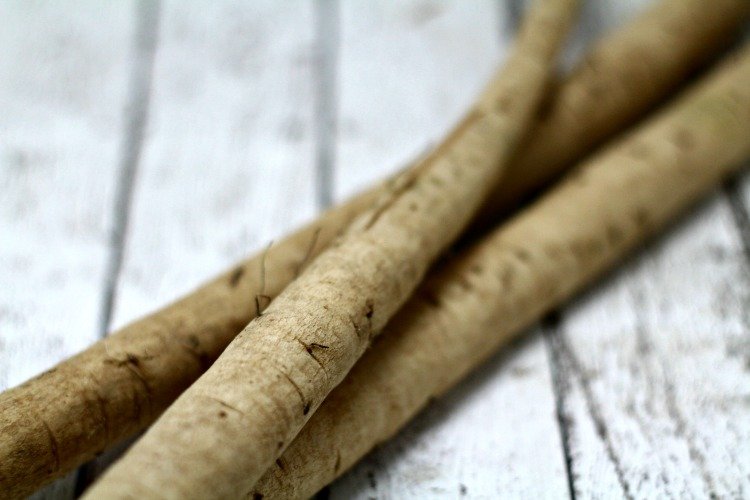 I have searched all over Las Vegas for salsify root for a few dishes I want to make with no luck. After a quick internet search I found that some are saying that I can substitute burdock root for salsify.

The roots I bought were so long I had to store them upright in my refrigerator door.

Burdock root is very crisp and has a sweet, mild, and pungent flavour with a little muddy harshness that can be reduced by soaking julienned or shredded roots in water for five to ten minutes.

Tips and Other Info

After taking his dog for a walk one day in the early 1940s, George de Mestral, a Swiss inventor, became curious about the seeds of the burdock plant that had attached themselves to his clothes and to the dog’s fur. Under a microscope, he looked closely at the hook system that the seeds use to hitchhike on passing animals aiding seed dispersal, and he realised that the same approach could be used to join other things together. The result of his studies was Velcro.