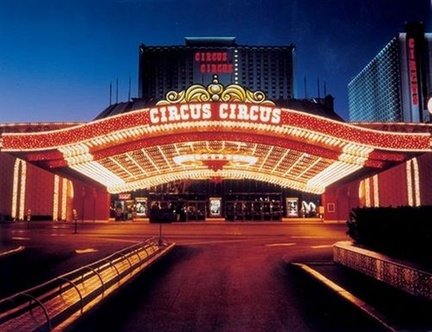 Circus Circus Las Vegas is a hotel, 123,928 SF casino, and RV park located on the Las Vegas Strip in Winchester, Nevada. It is owned and operated by MGM Resorts International. Circus Circus features circus acts and carnival type games daily on the Midway.

Circus Circus is the largest permanent big top in the world. The Lucky The Clown marquee at the entrance was provided by Young Electric Sign Company and was constructed in 1976.

The hotel rooms are located in several buildings including:

The Adventuredome is a popular venue for locals and tourists for a fun family fun day. You don’t have to pay full price for your Adventuredome tickets for the family. Click here to learn more on how to save at Adventuredome by reading our article, Adventuredome Coupons.