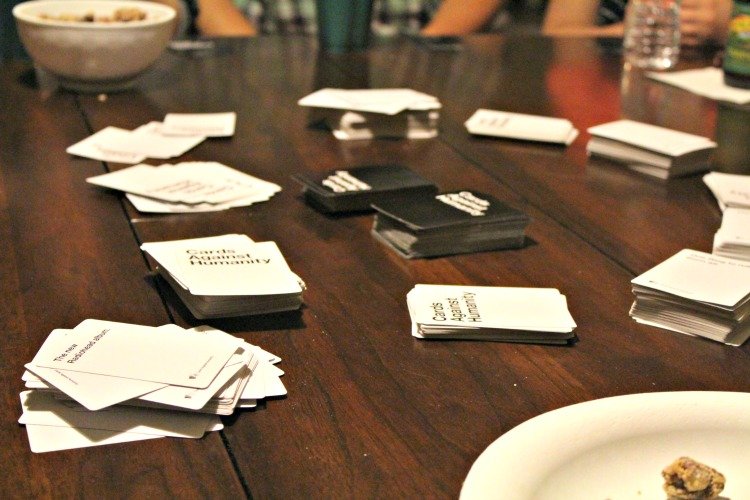 Before you pick up the phone to call child services I will let you know my kids are adults. Why is this important? Because this game is so twisted that any family playing this with their family should be checked out by a professional. Okay, just kidding.

My kids jumped around the house like they won the lottery when I told them they could buy it and once it arrived it sat on the table for two weeks. Why? Because the kids didn’t want to play with just us. For sure this is a group game and the more the merrier.

What is Cards Against Humanity?

Unlike most of the party games you’ve played before, Cards Against Humanity is as despicable and awkward as you and your friends.

The game is simple. Each round, one player asks a question from a Black Card, and everyone else answers with their funniest White Card.

Our friend Danny saw GAME NIGHT on the invite so decided he would bring a game of his own… which was… you guessed it! The same game! We ended up playing his pack since he has the expansion card packs.

Click here to view the Cards Against Humanity game and expansion packs on Amazon to have your own twisted family game night. 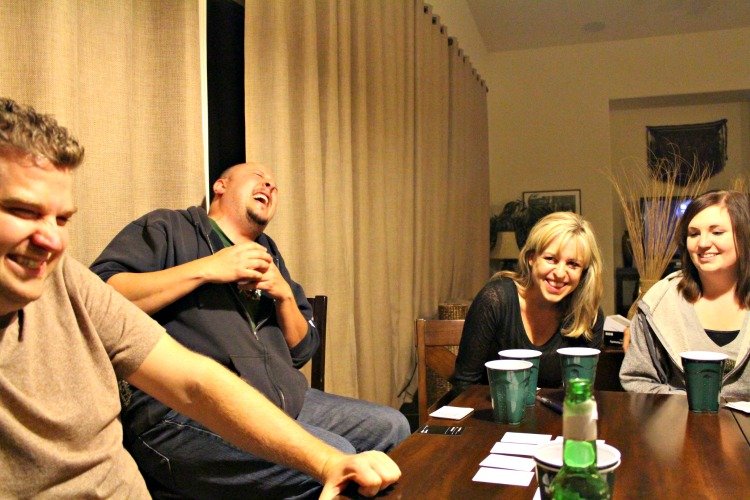 At times we were laughing so hard that we were literally crying. Many times I would look across the table to see my friends with tears running down their face. 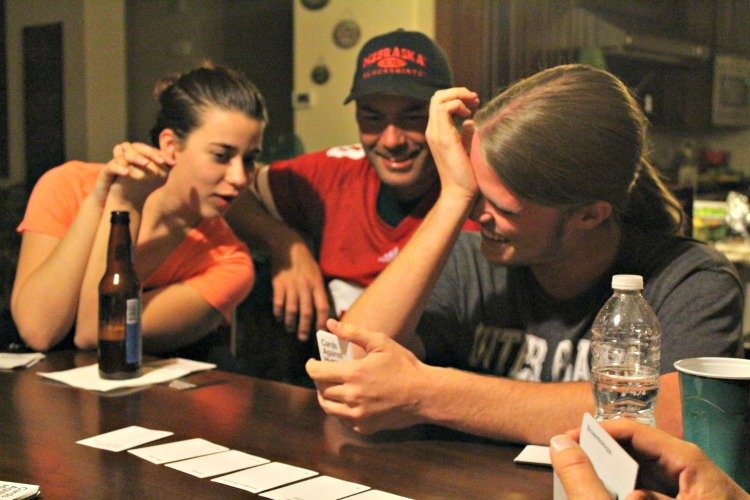 Sometimes the white cards matched to the black cards were so funny, a few people had to double check the answers.

This game is crazy fun but I do not recommend it unless you have mature children or are playing with a group of adult friends.

I can’t wait to have another party so we can play again {and Alex asked if we could play twice a month!}.

Have you played the game yet? Thoughts…