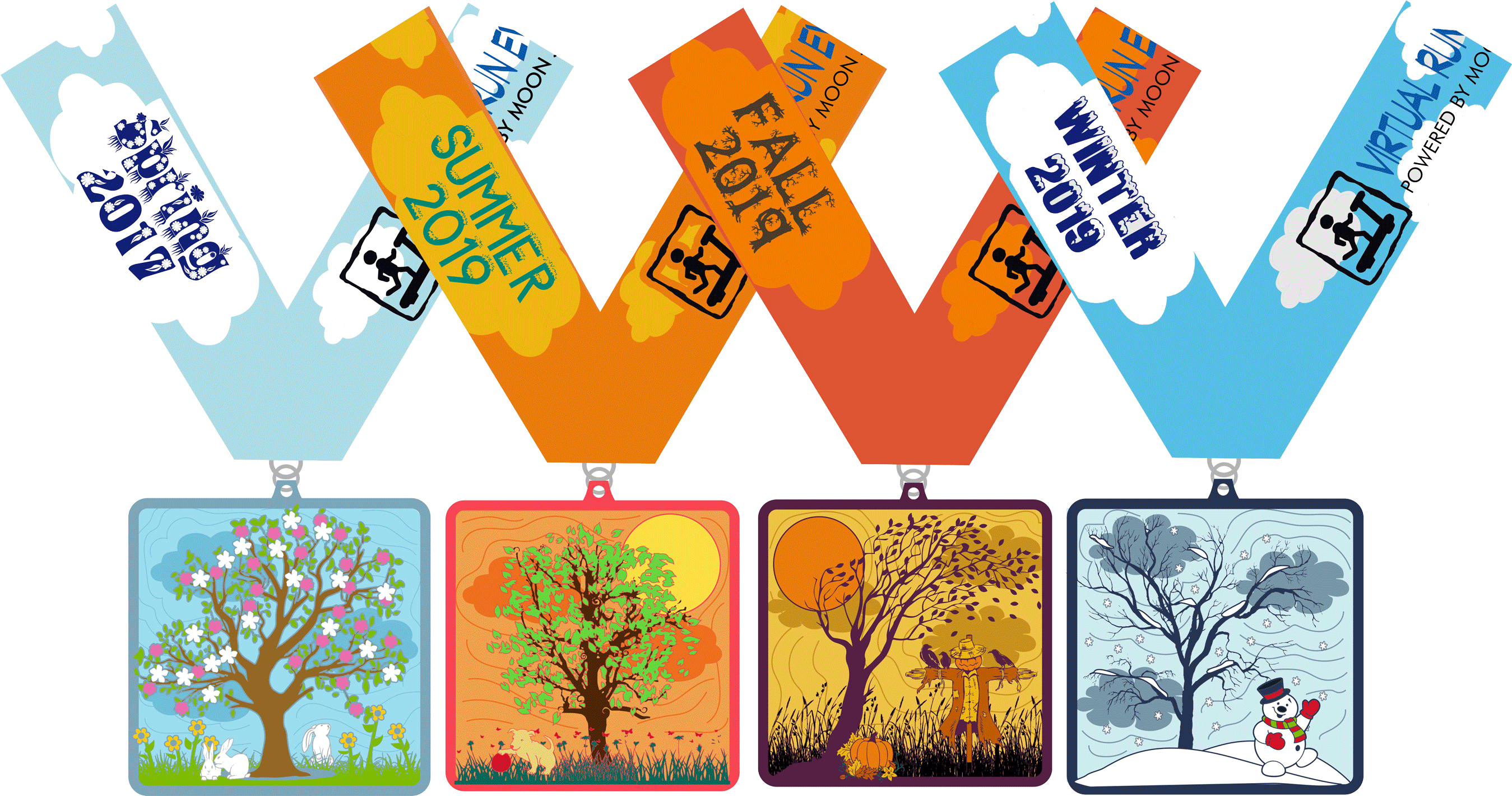 FOUR SEASONS, FOUR MILES – This is a virtual race!

We love to celebrate the seasons!  To do this, we are hosting our second annual Four Seasons, Four Miles series.  Each season, we challenge you to run (or walk) four miles to celebrate the current season.  We are beginning with Spring and ending with Winter!  Each medal will ship just before each season starts.  So Spring medals will begin shipping at the end of February.

Along with celebrating the SEASONS,  we will also be donating at least 15% of each registration to Soles 4 Souls. Since 2006 Soles4Souls has collected and distributed 26 million pairs of shoes to those in need in 127 countries around the world and all 50 states in the U.S.

*For a limited time you can purchase your official t-shirt and/or hoodie HERE.

When: Complete your SPRING race between March 21 and June 20th, SUMMER between June 21 and September 20th,  AUTUMN between September 21 and December 20 and WINTER anytime after December 21, 2019!

Where:  You choose the course and time yourself (you’ll report your finishing time to us).

Why:  This is our way of celebrating the changing of the seasons and to raise fundsSoles 4 Souls.

COST:  $76, which includes all four season medals, bibs and shipping.  Each season will ship out separately, starting with Spring.  Or sign up for each season separately for $20 each. Plus, at least 15% of each registration will be donated to Soles 4 Souls.

WHAT IS A VIRTUAL RACE? A virtual race is a race that can be run (or walked) from any location you choose. You can run, jog, or walk on the road, on the trail, on the treadmill, at the gym or on the track (or even at another race). You get to run your own race, at your own pace, and time it yourself. Run on your own, or with friends! And your medal will be shipped directly to you. Complete a virtual 5K, 10K, half marathon and more!