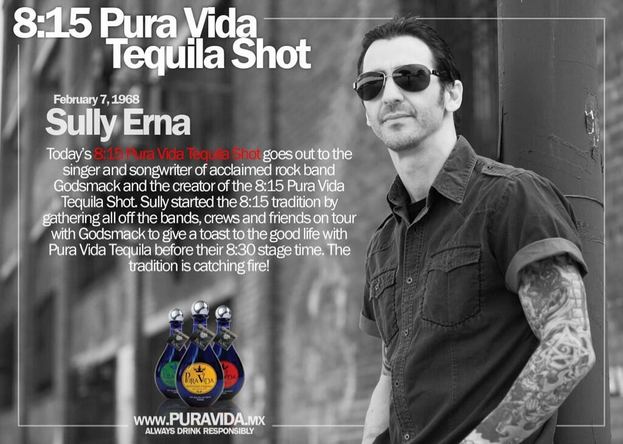 For those who know me know I like my spirits hard and my music harder and that is why I am excited to be part of the Pura Vida Spirits team to cover the Uproar Festival Las Vegas.

As part of the media team following them while the tour travels the United States, I will be enjoying myself with the tequila provided by Pura Vida and my ticket to go to the UPRoar festival Las Vegas and have a little backstage time with the band. Who is giddy? THIS GIRL!

At 8:15 PM I will be doing the traditional Sully shot which is for “good friends, good times, and good karma.” 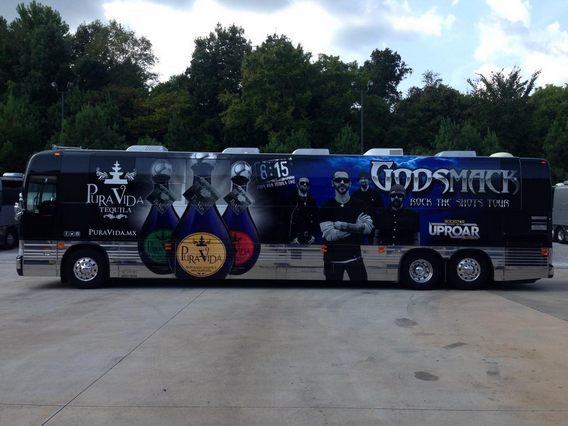 One of my favorite Godsmack stories..

Bob and I were in the grocery store in the heavily shopped produce section and I walked away from our shopping cart with Bob holding my phone. Then my phone rang with one of my Godsmack songs blaring the lyrics “Love – Hate – Sex – Pain
It’s complicating me sometimes.” Heads turned and he asked me to change my ring tone. Nope… didn’t change until I got a new phone and know I have a boring one. Sigh…

Jump on the tour in one of the cities below: